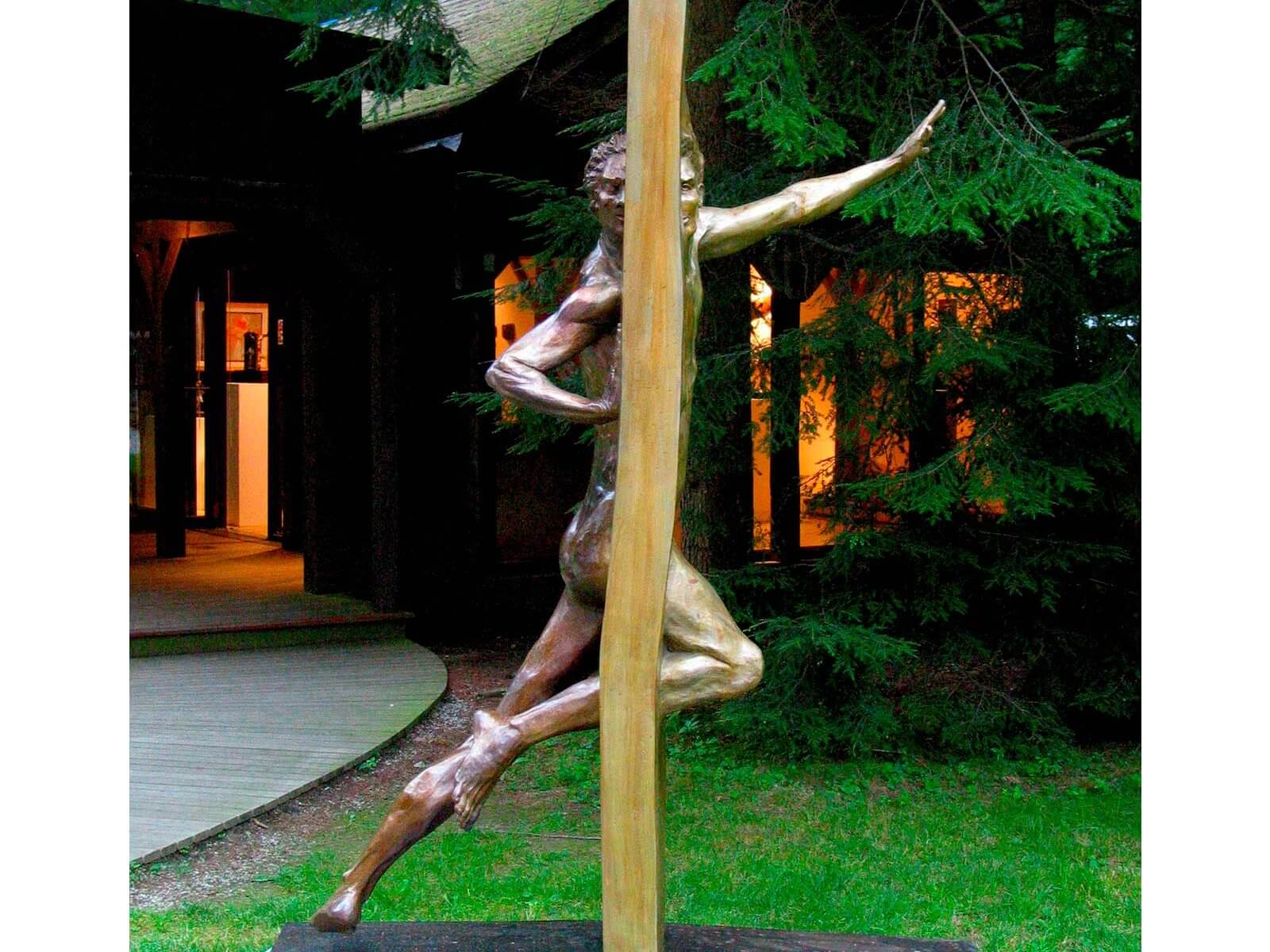 Other Side of Eden (5 foot version)

Other Side of Eden is a figurative bronze sculpture. I consider it the major turning point of my early career. The first version was approximately 20 inches in height and was completed in 1980 while I was in Denver. At that time I had begun sculpting but was still drawing in the ballet studio. As a male dancer was completing his grand jetes he crashed in to the wall on the last one, but I saw him go through the wall or rather, I saw this sculpture.

As a young artist with limited funds the 20 inch version was all I could afford to take on. It would be many years before the vision I had originally seen in my mind’s vision would be commissioned.

There are four versions of this work. The first in 1980 that was an edition of only three and there were  two artist proofs. The second size was the five foot version created in 1991. It was then commissioned in a three foot size in 2003 and finally it was commissioned as I originally had seen the piece, at fifteen feet, in 2014. 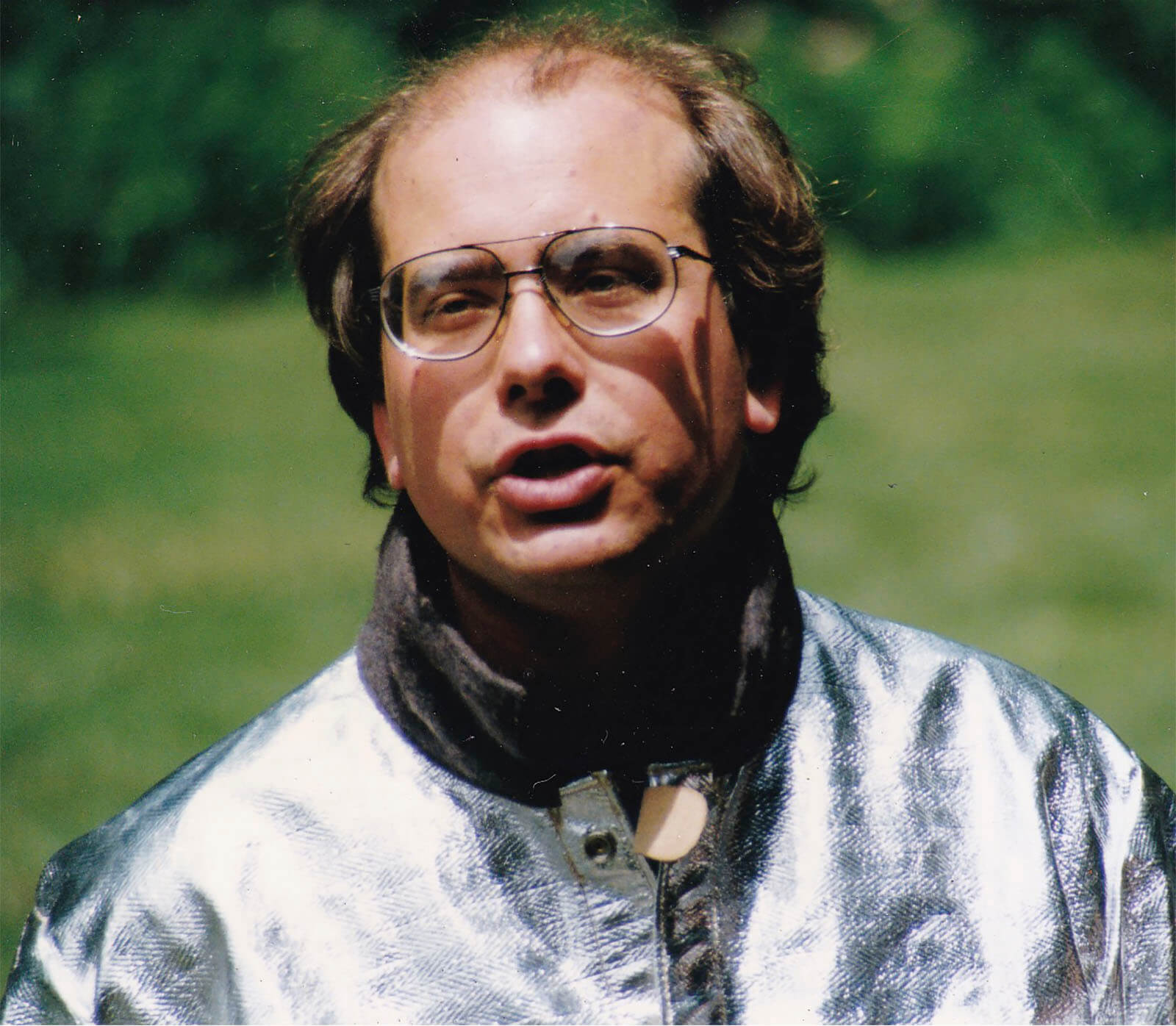